The finale of a three day meeting on the Big Island of Hawaii was an outdoor dinner and concert by Earth, Wind and Fire. After not shooting much during the trip (I was actually in meetings), I took about 200 photos during the show. Here are a few favorite 30 or so. A few other thoughts:

I did my best to identify the band members based on numerous google searches. I could not get the woman who was our promoter/ point person to give me the names because she claimed she'd "get in trouble". Mind you, Phil Bailey introduced them ALL during the show, I just didn't have a pen. I didn't realize playing in EW&F was the equivalent of being an undercover CIA agent. She seemed relatively clueless, and wouldn't even let me ask the band manager. No good reason, I guess she's just like that [insults deleted]

During the "meet and greet" after the show, Phil Bailey essentially tried to hit on my wife (I'm only 1/2 kidding). I guess he's still in the '70s. More power to him.
Read More 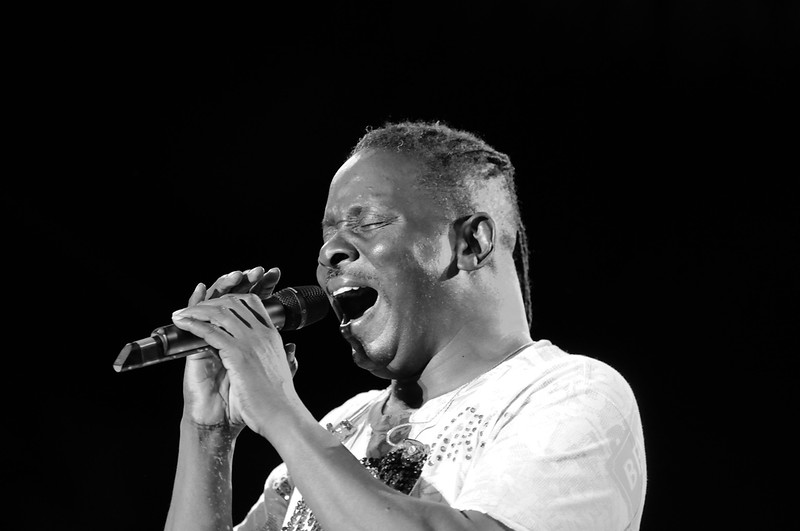